With a vision from the Lord for a Spirit-filled, Word-based, interdenominational church, Pastors William and Ginger began to lead their small, yet faithful, congregation. Their original building was located at 1208 1/2 Parad
ise Hill Road, a converted paint and body shop, which consisted of approximately 2,000 square feet. The church remained in this building for several years until the building could no longer facilitate the growing congregation.

In December 1992, the congregation had grown to 70 people, and it was time to find a different building. On December 6, 1992, Faith Outreach Church moved into a 9,000 square foot building, located at 121 South First Street, in the heart of downtown Clarksville. It had once been a boot factory office and later the police administration and night court facility. Truthfully, the building probably should have been condemned. However, this is where God instructed Pastor William to move his congregation. Because of his obedience, the church began to experience exceptional growth. 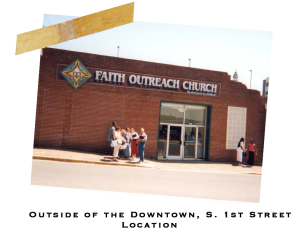 During the time at the downtown location, Faith Outreach became known for its many outreach programs including: nursing home ministry, jail and prison ministry, and ROC Pastor William and Ginger minister at the Paradise Hill Road (paint & body shop) location. The outside of the downtown, S 1st St., location. (Reaching Out to Clarksville̶our inner-city children’s ministry.) 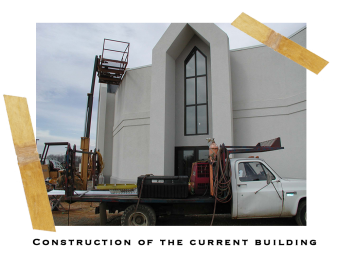 By 1996, FOC had to hold three Sunday morning services, along with the evening service, just so everyone could get in. It was in that year the church purchased 24 acres of their current property, located off of Interstate 24, Exit 11. By 1998, the land was paid for, in full, at which time a building was planned and constructed. 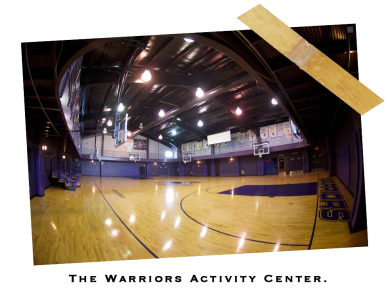 Over the years, Faith Outreach Church has had to endure events the devil had devised to try to stop the work the church was doing, such as break-ins and a tornado just to name a few, but that hasn’t slowed FOC. Faith Outreach Church has big plans for the future. With the vision God has placed in the hearts of Pastors William and Ginger, the incredible support staff of associate pastors, elders, care deacons, administrative staff as well as an amazing congregation, the possibilities of Faith Outreach Church are endless. Only time will reveal what God has in store.

We have services throughout the week starting Sunday Mornings at 8:30AM and...

We have services throughout the week starting Sunday Mornings at 8AM and...